According to Patrick Cranston, there is no better way to build and push mobile apps made in FileMaker to the users. Well, the best way now got even better as we released a new version…

Here you can watch what Patrick Cranston said based on his experience with the first version of Xgode:

Now we added some improvements requested by Xgode users to make it even better and more efficient. Let’s take a look at the most helpful ones.

Originally, creating a new build required you to add three images - app icon, obscure icon, and launch image. Creating them, when the only thing you need is to quickly build a test version of your app, may be unnecessarily time consuming. So we added default “placeholder” version for each image, so that you don’t have to supply your own if you don’t want to. 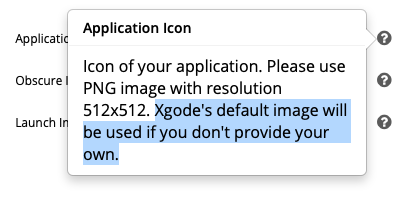 Some of the provided values were previously validated only after you submitted the app for building, so if you forgot to provide some important piece or clicked the Build button too early, before all files finished uploading, you had to wait a few minutes just to discover that your build has failed. So we added some front-end pre-validations and the Build button is now disabled until all your files are successfully uploaded and ready for building.

We created Xgode primarily to support enterprise apps you can distribute by installing them directly from the Xgode website. Some of our users, however, want to distribute their apps through the App Store. First version of Xgode was able to create ad-hoc builds of your apps, but to create the build ready for App Store you would need our assistance. Now the new version lets you choose if you want an ad-hoc build, or App Store build, and App Store build will be automatically uploaded to your App Store Connect account, ready for you to submit it to Apple for review.

In the past if you created multiple builds of the same app, you could only differentiate them by version number. So for those of you who want to create mutliple builds with different parameters to test which parameters fit your needs the best, we added more info to the already created builds, including the build number and all your build settings. 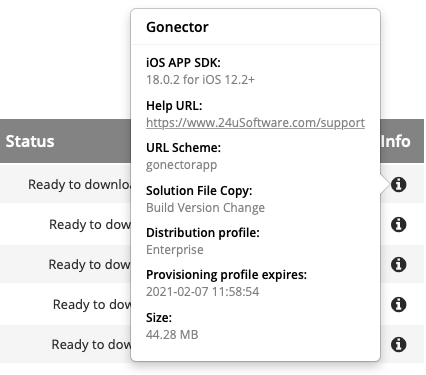 If you want to build the same app again, now you don’t have to re-enter all the info again any more. Just start typing the app name, and everything else will get pre-filled from your previous build.

Finally, if you access the installation page for your app from a desktop web browser, the new version replaces the Install button with a QR code leading to the same page, so that you can easily scan the code with your iPhone or iPad and then just tap on the Install button there. 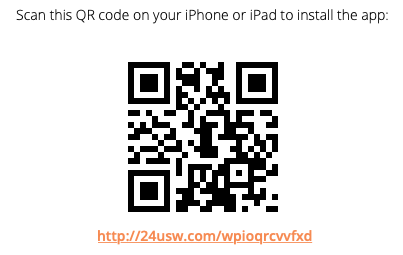 Check the new features our yourself. Do you like them? What else can we improve to make the tool yet more powerful or time saving? Please let us know.