Easily integrate (not only) temperature sensors with FileMaker by HOnza Koudelka

If you have a custom software system to run your business, then you probably want to integrate it with everything that’s important to your business. One such example is monitoring conditions in your server room. No one wants to come to the office on Monday only to find out that their servers got burned due to air-condition failure.

There’s no doubt that FileMaker is a leading software platform for custom business apps because it’s so easy to build a custom app with it. But what is the easiest way to let it sense the physical world today? I have tried to find it in the world of IoT, finally falling back to well-proven Phidgets. Read the whole story below, or feel free to take a shortcut and quickly scroll down to the Phidgets approach.

IoT is one of the buzzwords of these days so FileMaker 18’s great support for HTTP based (not only RESTful) APIs made me curious whether there is an even easier way to do this than it was until now. So I searched Google for “IoT temperature sensor with API” and examined the top 10 search results for you.

First three results were paid ads, leading to SensorPush, infsoft, and Omnio. I expected higher price tag rather than accurate match to my search query, and surprise didn’t happen. SensorPush seems easy to use and deploy but I found no mention of API at all. Infsoft has a lot of environment monitoring technology I know from action movies, but what they call SDK or API seems far from being easy and even their website is complicated to navigate. Omnio has a modern website and claims to be easy but in the end you’ll figure out there’s no specific info at all, they just claim to make it easy to integrate “any software with any IoT device” without even giving you clue what the integration would look like. 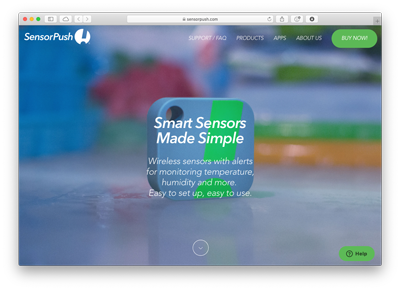 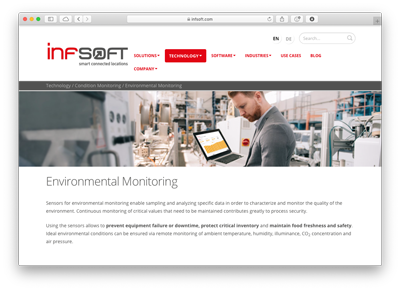 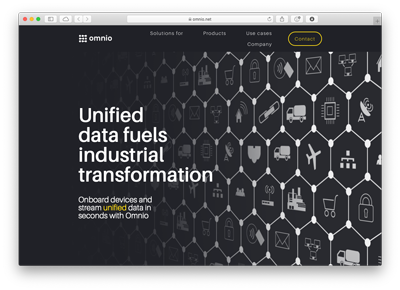 When saying “easy” in the terms of FileMaker, I mean “no need for technical knowledge” just like you don’t have to be a programmer to build custom apps with FileMaker. So I quickly examined the following seven “organic” search results fo find out how closely they match this ease-of-use criteria, and discovered:

I took a closer look at the more promisingly looking:

UbiBot seems to have nice environmental sensors and other IoT devices, such as motion sensor and smart outlet, coming soon. They seem to allow direct connection over serial port or TCP/IP, but recently also added cloud based solution and integration with IFTTT. Their documentation is still a bit too technical though. They seem to have R&D done in the UK, but the ownership is for some reason not clear on the website. Crunchbase reveals it’s actually a Chinese company.

Sensorist is a sensing platform provided by Sensorist ApS, based in Denmark and founded in 2012. The company seems fully focused on the sensing platform and their product seem easy to use with ready-to use apps and direct link to REST API documentation on their homepage. Their sensors connect to the internet through their own gateway and API is available through the cloud.

ConnectSense is an offer of Grid Connect, Inc., a U.S. technological company based in Illinois, specialized in computer networks since 2003. Grid Connect seems like a family company, claiming to have been providing industrial sensors for about 5 years, now creating also products targeted at homes and small businesses. Their sensors are really easy to set up and their cloud API, even though it’s documentation is a bit harder to find, seems also very simple. Closer look, however, reveals that their web lists 3 available sensors and 6 no longer available.

Wireless Sensor Tags have not only easy to use apps helping you with the setup, but provide integration through IFTTT rather than relying on their own proprietary API. This will probably make ConnectSense a great fit for Claris Connect. The company behind Wireless Sensor Tags is Cao Gadgets LLC, based in California, founded in Dec 2010. Their sensors connect to the Internet via Tag Manager, another device supplied by the same company. There does not seem to be a way to interact with the Tag Manager directly, you probably have to go through the cloud and IFTTT to integrate them with FileMaker.

Since IoT started being mentioned at FileMaker DevCon a few years ago, I also looked for some FileMaker-specific mentions of IoT and found the following interesting:

Skeleton Key has a page about IoT Solutions, but not mentioning and specific IoT brand or devices. DB Services has an article about IoT, FileMaker, and You, mentioning AWS IoT Button. If you already tried to set up AWS you know that Amazon’s understanding of ease of use is still far from what we’re used to in the FileMaker world. At FileMaker DevCon 2018 Win Decorte spoke about IoT and Data API-Sending Sensor Data to FileMaker Server from a Raspberry Pi, Ethan Pierce had a workshop teaching how to Build a Connected Product with Particle IoT at FileMaker DevCon 2019. Raspberry Pi and Particle are great technologies, but looking at them will definitely cause some hesitation if you don’t feel comfortable about soldering and the “close touch of electronic circuits” in general. 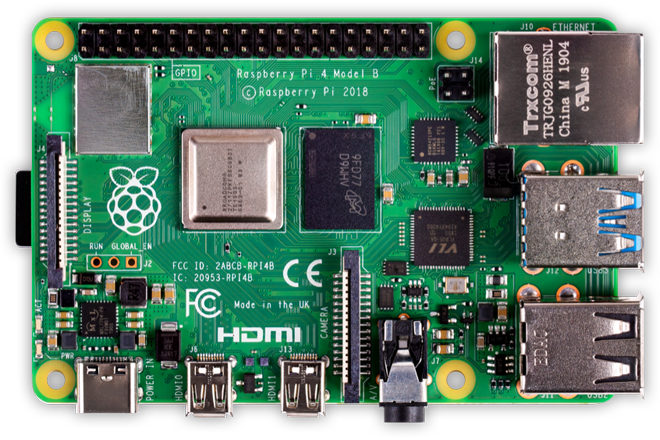 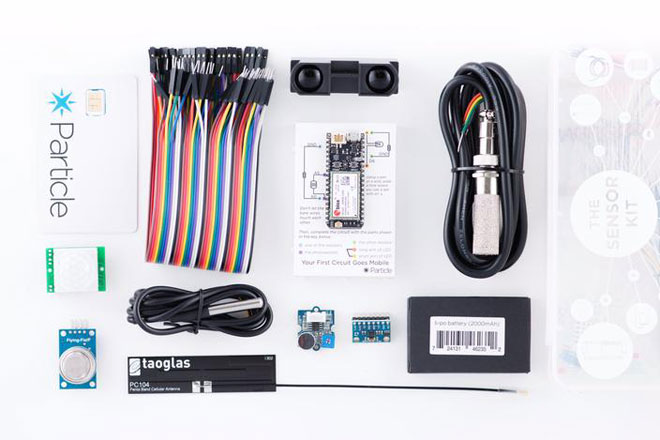 To conclude, the IoT approach has some bright future, but most of the devices available today still require you to choose from two extremes:

UbiBot is probably closest to what I would judge as a good fit for the FileMaker platform of today, although Claris Connect and IFTTT can change that soon, but the (likely intentional) hidden Chinese ownership makes me question its use for business applications, leading me back to…

My first integration of an environmental sensor with FileMaker dates back to 2008 and, interestingly, it was still easier than any of the today’s IoT. Based on devices from a Canadian company called Phidgets, reading current temperature from a temperature sensor was already as easy as running a single calculation function, thanks to a plug-in we originally created for a customer from Japan. The Phidgets devices still looked a bit too technical because they lacked casing…

But Phidgets evolved since then and released a new generation of their products, using VINT (Versatile Interface) to increase versatility, modularity, connectivity and stability, but most importantly, from the FileMaker developer standpoint, ease of use. The devices now come with nice black casing, making them approachable for non-technical users. 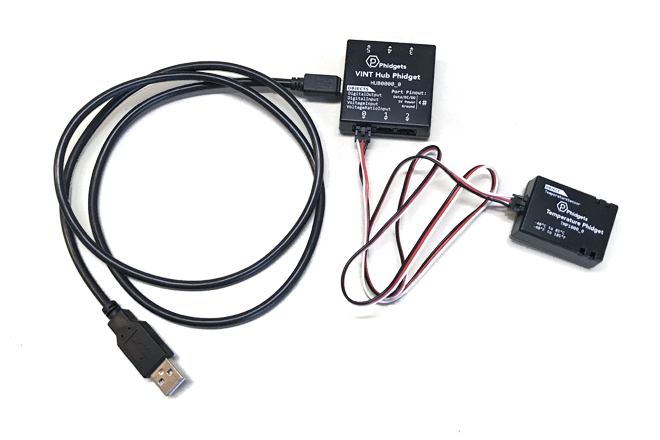 Our plug-in has evolved as well and in addition to supporting more devices, the plug-in functions now include comments when you add them to your calculation, so you can easily figure out the right parameters without touching the documentation in most cases. 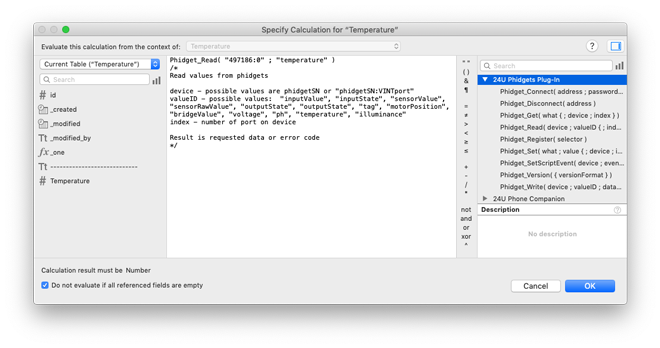 But don’t take just my word for it, watch this 3-minute video to see how I added temperature value reading to a database created from scratch:

Feel free to download the database and examine it yourself.

You can see that unlike most IoT devices, Phidgets VINT Hub connects to your computer via USB. But if you want to access your sensors over network, it’s not a big deal. Phidgets offer a device called PhidgetSBC (single-board computer), and recently also added a simple version of it called Wireless VINT Hub. So you can just replace VINT Hub with Wireless VINT Hub in the above setup to make your sensors available on your LAN. 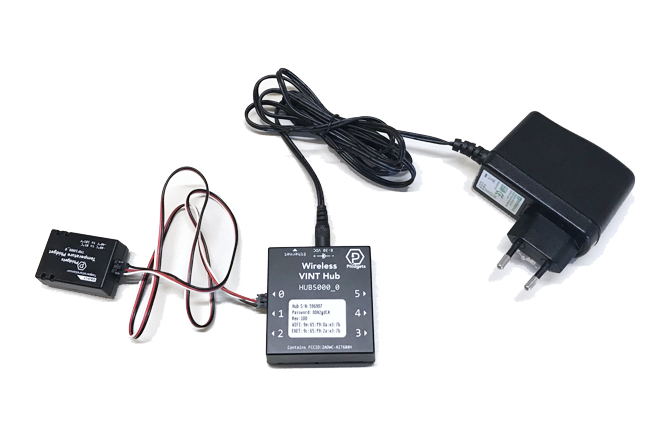 Phidgets Wireless VINT Hub comes with both Ethernet and Wi-Fi built into it and pre-configured to work as a Wi-Fi access point, with password printed on a label. So to set it up you just simply join the hub’s network and access its simple setup interface with your browser. There you can configure the hub’s network settings and Phidgets interface to match your specific requirements.

On the FileMaker side, using a Wireless VINT Hub requires just one extra step - opening a connection to the Hub: 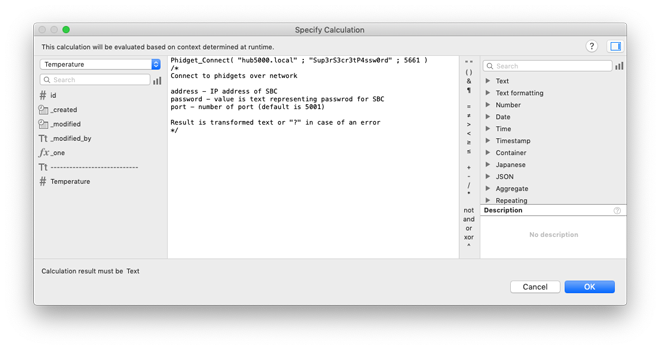 Now you can just put the Wireless VINT Hub and the sensor(s) to your server room, and start monitoring the conditions there from within the environment you already know very well - the FileMaker platform.

And the winner is…

Even though some IoT sensors are already easy to implement, integrating Phidgets with FileMaker is still easier than even the easiest IoT, simply because using just a single calculation function to get exactly what you need is a lot easier than having to deal with JSON functions, which for many developers is still a bit challenging.

What’s not so obvious is that by using Wireless VINT Hub and letting it access the Internet, you effectively turn even Phidgets based setup to a proper IoT. And if you want to go a bit further, Phidgets have even released their own Node-RED library to make it more accessible from other popular IoT implementations.

So if you’re looking for something easy to start with, Phidgets is still the easiest you can get, while at the same time being reliable enough for serious projects thanks to long history of experience, yet also fitting in the IoT world even though it’s not their primary focus.